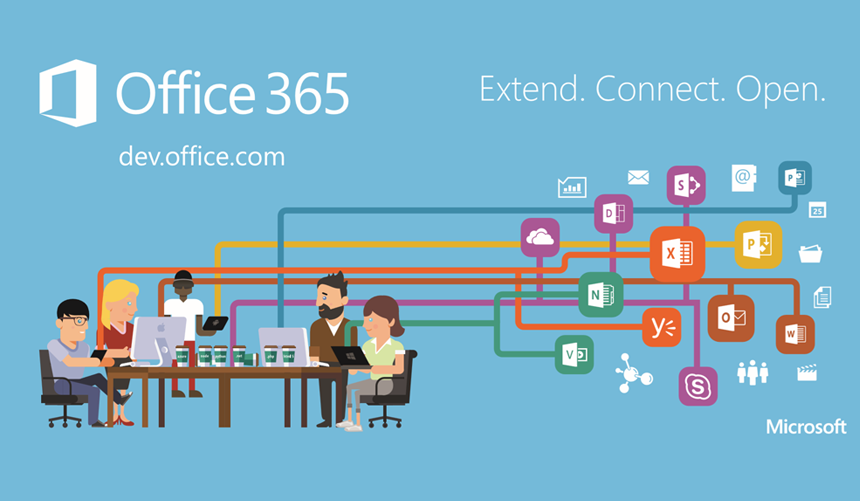 Bill Gates first announced Microsoft Office on August 1st of 1988. The suite of programs initially included Word, Excel, and PowerPoint, but has grown in the 29 years since to include additional programs and features like Outlook and OneNote, as well as a version for Apple MacOS. The latest advancement for Microsoft Office is Office365.

Since its release in 1990, a new version of Office has been released approximately every 2-3 years. This latest version would be installed to your PC and would serve you well until the next release, at which point you would have to decide whether it was worth upgrading. This presented a dilemma, for businesses in particular, as having the latest version with all the newest features can be advantageous for a business, but buying new licenses every 2-3 years can be a costly expense.

Office365 presents a better option. It is a subscription service, charging a set price per year for each license required (each license allows installation to either 1 or 5 different devices depending on the version purchased. Business versions require 1 license per user).

With the advancement in internet download speeds over the last 10 years or so, it is now common for most software to be purchased, and installed, entirely over the internet. In fact, many PC’s and laptops are sold these days without CD drives at all! Office365 takes advantage of this to give you the latest version of Microsoft Office, installed over the net, at all times.

All versions of Office365 also provide OneDrive storage to the cloud. This allows you to save your files securely to Microsoft’s cloud servers, giving you access to them from any device at any time. No need to carry your files around on a USB, as long as you’ve got an internet connection, it’s all there in the cloud. All versions also include a minimum of 60 minutes per month of Skype call time.

In business versions it is also possible for Office365 to host Outlook Email, providing an easier and more secure alternative to running a business’s email server on site. On-site email servers are at risk of a server failure, and would require constant backups to secure data. By hosting your email with Office365, these backups are all taken care of by Microsoft.

By ensuring you always have the latest version, as well as the many cloud based features offered by Office365, it presents a great value for money option. For more information visit: https://products.office.com/en-au/what-is-office-365 .